A federal court has granted a motion authorizing the Internal Revenue Service (IRS) to serve a “John Doe” summons on Coinbase requesting the identities of United States Coinbase customers.

That was the ruling today out of a federal court in the Northern District of California authorizing the Internal Revenue Service (IRS) to serve a “John Doe” summons on Coinbase requesting the identities of United States Coinbase customers who transferred convertible virtual currency from 2013 to 2015. Coinbase, which is headquartered in San Francisco, California, is a company which facilitates transactions of digital currencies like Bitcoin and Ethereum.

The Department of Justice (DOJ) had made the request earlier this month (California Northern District Court, Case No. 3:16-cv-06658-JSC) on behalf of the IRS since a “John Doe” summons can only be served by the IRS with federal court approval. A “John Doe” summons is an order that does not specifically identify the person but rather identifies a person or ascertainable group or class by their activities. In the past, that’s included investors in a particular tax shelter or account holders at a defined financial institution: the IRS has made use of the procedure, for example, when seeking information about offshore accounts those related to the UBS investigation.

In granting the motion, Judge Jacqueline Scott Corley found that “[b]ased upon a review of the Petition and supporting documents, the Court has determined that the “John Doe” summons to Coinbase, Inc. relates to the investigation of an ascertainable group or class of persons, that there is a reasonable basis for believing that such group or class of persons has failed or may have failed to comply with any provision of any internal revenue laws, and that the information sought to be obtained from the examination of the records or testimony (and the identities of the persons with respect to whose liability the summons is issued) are not readily available from other sources.”

Principal Deputy Assistant Attorney General Caroline D. Ciraolo, head of the Justice Department’s Tax Division, said about the ruling, “As the use of virtual currencies has grown exponentially, some have raised questions about tax compliance. Tools like the John Doe summons authorized today send the clear message to U.S. taxpayers that whatever form of currency they use – bitcoin or traditional dollars and cents – we will work to ensure that they are fully reporting their income and paying their fair share of taxes.”

IRS Commissioner John Koskinen echoed that sentiment, saying, “Transactions in virtual currency are taxable just like those in any other property. The John Doe summons is a step designed to help the IRS ensure people doing business in the emerging economy are following the tax laws and meeting their responsibilities.”

The initial request was triggered, according to court documents, after the IRS found instances of tax evasion involving Coinbase customers. To clarify, it has not been alleged by authorities that Coinbase had any knowledge that any of its users might be involved in tax evasion.

Unlike other kinds of financial transactions, there is currently no third-party information which requires separate reporting for bitcoin (think of third-party reporting like the forms 1099 issued by your bank). This, says IRS, means that the “likelihood of underreporting is significant” which is why they are seeking information from Coinbase. Coinbase claims to be “the world’s most popular way to buy and sell bitcoin and ethereum” (Coinbase did not start accepting Ethereal, or ethers, until 2016, so it was not included in the summons).

The IRS is specifically seeking records for Coinbase users who transferred convertible virtual currency at any time between December 31, 2013, and December 31, 2015, with “any U.S. address, U.S. telephone number, U.S. e-mail domain, or U.S. bank account.” Requested records include but are not limited to user profiles, user preferences, user security settings and history, user payment methods, and other information related to the funding sources for the account/wallet/vault. And that’s just for starters. IRS is also seeking all records of account/wallet/vault activity including but not limited to records identifying the date, amount, and type of transaction, names or other identifiers of parties to the transaction; requests or instructions to send or receive bitcoin; and all related correspondences.

The request raised concerns in the tax and virtual currency communities about the scope of the information sought by authorities. Those concerns remain, and it wouldn’t be a surprise to see mounting opposition to the government’s request.

For its part, Coinbase issued a statement in response to the ruling, saying:

We are aware of, and expected, the Court’s ex parte order today. We look forward to opposing the DOJ’s request in court after Coinbase is served with a subpoena. As we previously stated, we remain concerned with our U.S. customers’ legitimate privacy rights in the face of the government’s sweeping request.

“They’re doing so in ways that shortchange taxpayers.”

“Concerns about the inner workings of the U.S. Centers for Disease Control and Prevention (CDC) have been mounting in recent months amid disclosures of cozy corporate alliances. Now a group of more than a dozen senior scientists have reportedly lodged an ethics complaint alleging the federal agency is being influenced by corporate and political interests in ways that shortchange taxpayers…”

Continue reading: The CDC is being influenced by corporate and political interests

…As a result, thousands of patients are losing the chance at surgeries that could significantly prolong their lives, and the altruism of organ donation is being wasted. “The Obama administration is working on a series of agreements with foreign governments that would allow them for the first time to serve U.S. technology companies with warrants for email searches and wiretaps—a move that is already stirring debates over privacy, security, crime and terrorism.”

“A Danish teenager who said she was sexually assaulted now faces a fine for using pepper spray against her attacker. The man who pulled her to the ground and tried to undress her fled the scene without any charges.” 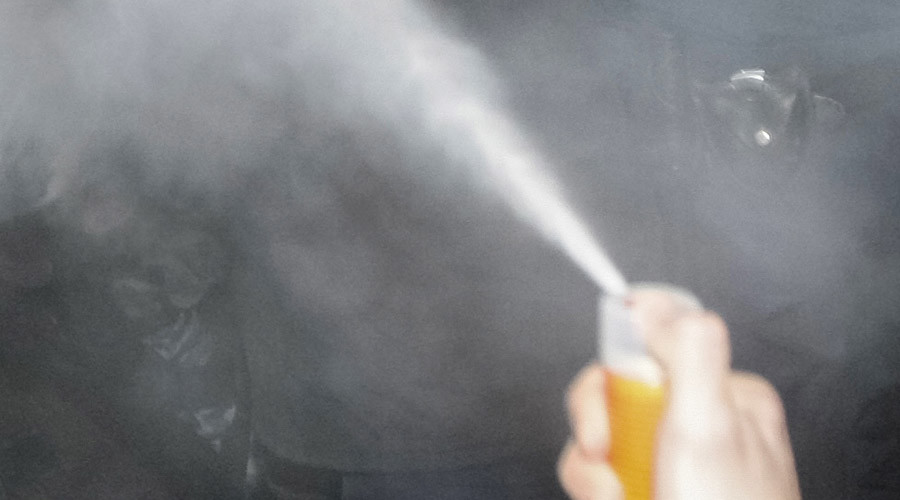 Source: Outrage in Denmark as 17yo girl faces fine for using pepper spray against sex attacker

“They feel your garbage bags. If they feel that there is a recyclable item in your trash bag, they will open it up and check. They can’t give you a fine without knowing what’s in there. So, they’re looking into your garbage in order to give you a fine…” | http://police.truists.org/

“Though most Americans know agents within the Drug Enforcement Agency and the Federal Bureau of Prisons carry guns, agencies such as the Library of Congress and Federal Reserve Board employing armed officers might come as a surprise. ”

“A new study has found that the protective shield fluoride forms on teeth is up to 100 times thinner than previously believed. This raises questions about how this renowned cavity-fighter really works…”