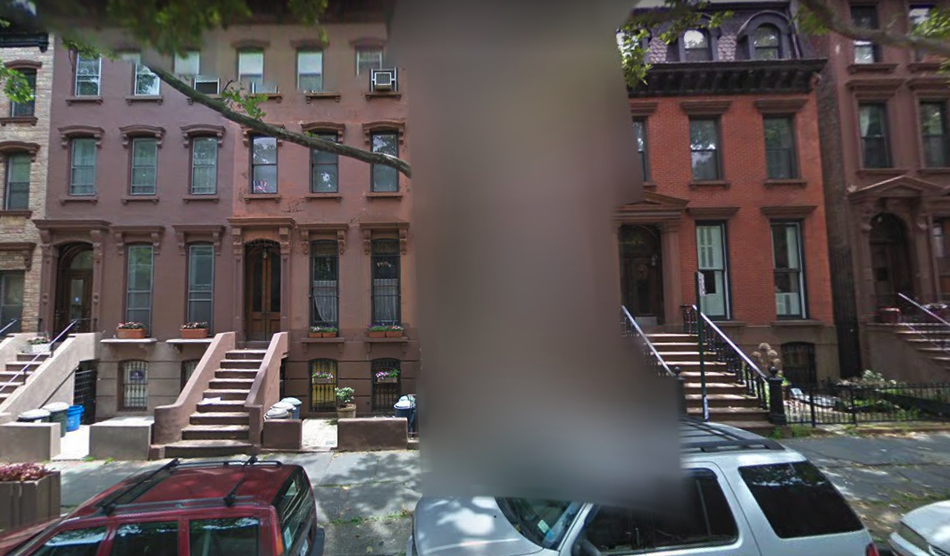 Here’s what you do:

1. Go to Google Maps and enter your home address

2. Enter into Street View mode by dragging the small yellow human-shaped icon, found in the bottom-right corner of the screen, onto the map in front of your house

3. With your house in view, click “Report a problem” in the bottom-right corner of the screen

4. Center the red box on your home, and select “My home” in the “Request blurring” field 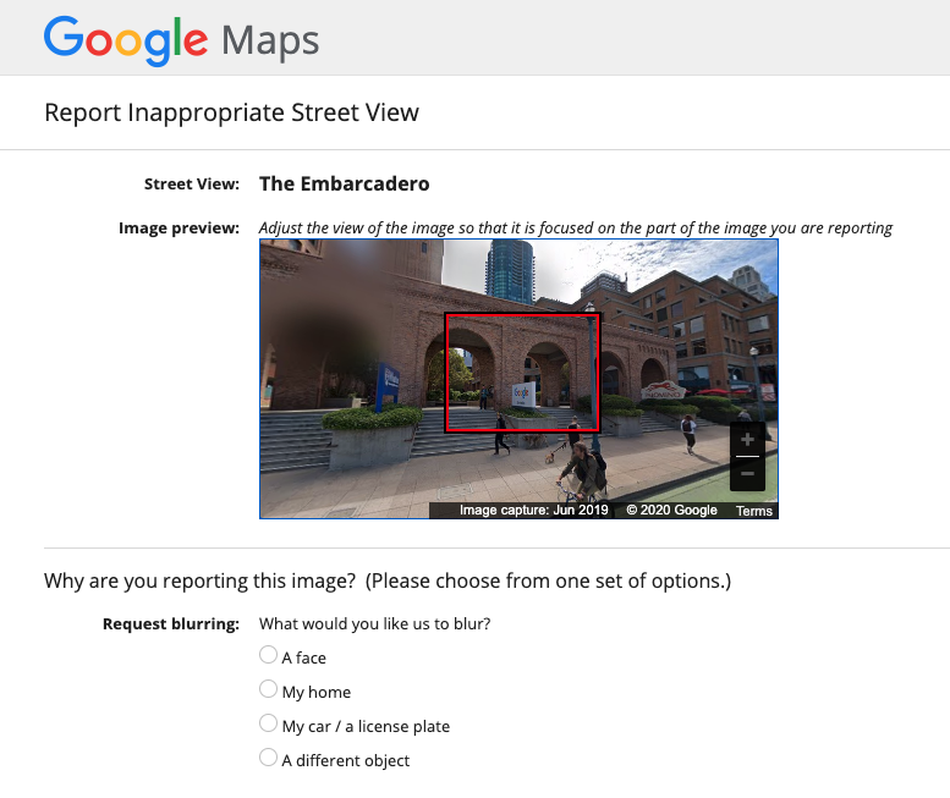 5. Write in the provided field why you want the image blurred (for example, you may be concerned about safety issues)

After you hit “submit,” you should receive an email from Google noting that it’s “reviewing the image you reported and will email you when your request is resolved.” The company may follow up, via email, and ask you to be more specific about the area you want blurred. If so, you will need to do the entire process again — clearly detailing the specific area of the picture you want blurred.

Source: How to blur your house on Google Street View (and why you should)

The coronavirus pandemic and corresponding lockdown made way for “one of the greatest wealth transfers in history,” CNBC’s Jim Cramer said Thursday.

“The bigger the business, the more it moves the major averages, and that matters because this is the first recession where big business … is coming through virtually unscathed, if not going for the gold,” he added.

Source: Cramer: The pandemic led to a great wealth transfer 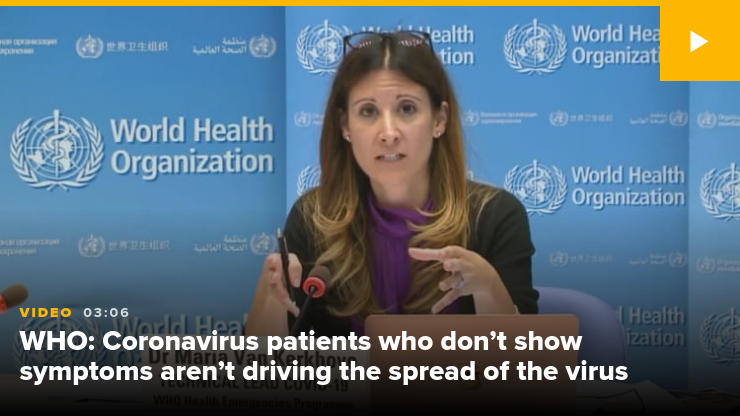 Preliminary evidence from the earliest outbreaks indicated that the virus could spread from person-to-person contact, even if the carrier didn’t have symptoms. But WHO officials now say that while asymptomatic spread can occur, it is not the main way it’s being transmitted.

Some people, particularly young and otherwise healthy individuals, who are infected by the coronavirus never develop symptoms or only develop mild symptoms. Others might not develop symptoms until days after they were actually infected.

“From the data we have, it still seems to be rare that an asymptomatic person actually transmits onward to a secondary individual,” Dr. Maria Van Kerkhove, head of WHO’s emerging diseases and zoonosis unit, said at a news briefing from the United Nations agency’s Geneva headquarters. “It’s very rare.”

Source: Asymptomatic spread of coronavirus is ‘very rare,’ WHO says

The Clearview AI nightmare has already been well-documented. Now, it’s emerged that if you want to be deleted from its 3 billion image database, you have to prove who you are first …

A quick look at the company’s privacy policy is enough to send shivers down the spine of even the most laid back person. Explaining how you need to email [email protected] to request your images be removed, it reads: “Please submit name, a headshot and a photo of a government-issued ID to facilitate the processing of your request.”

Full story: Clearview AI’s Database Has Amassed 3 Billion Photos. This Is How If You Want Yours Deleted, You Have To Opt Out

‘One factor stood out above them all, and it shocked the research team. The one factor most associated with infection was (drum roll): dry air. At low relative humidity, indoor air was strongly associated with higher infection rates. “When we dry the air out, droplets and skin flakes carrying viruses and bacteria are launched into the air, traveling far and over long periods of time. The microbes that survive this launching tend to be the ones that cause healthcare-associated infections,” said Taylor. “Even worse, in addition to this increased exposure to infectious particles, the dry air also harms our natural immune barriers which protect us from infections”…’

Why did Google suppress the search suggestion for “Clinton Body Count”?

Notice that Google omits every single prediction. Why is this? According to Google, all the Google search predictions are built off of user search data.

According to Google’s public statements, if there isn’t a search prediction then it’s because there is no one searching for that term. This would be fine and dandy if it weren’t for Google’s other service: trends.google.com which shows the real search traffic.

Continued: Why did Google suppress auto-complete for “Clinton Body Count”?

“Red flag laws let police confiscate guns without due process. Suspending the Constitution in a secret hearing is a Rubicon from which there is no return.”

Six states have enacted these laws. At their core, they allow the police to convene a Kafkaesque secret proceeding, in which an American can be stripped of his or her gun rights and Fourth Amendment rights, even though gun owners are barred from participating in the hearings or arguing their side of the dispute.

The first thing gun owners learn is when police knock on the door — ready to ransack their house and, if they resist, to arrest or even shoot them and their family…

Far from being a “consensus proposal”, the suspension of the Constitution in a secret hearing is a constitutional Rubicon from which there is no return.

Monsanto operated a “fusion center” to monitor and discredit journalists and activists, and targeted a reporter who wrote a critical book on the company, documents reveal. The agrochemical corporation also investigated the singer Neil Young and wrote an internal memo on his social media activity and music.

The records reviewed by the Guardian show Monsanto adopted a multi-pronged strategy to target Carey Gillam, a Reuters journalist who investigated the company’s weedkiller and its links to cancer. Monsanto, now owned by the German pharmaceutical corporation Bayer, also monitored a not-for-profit food research organization through its “intelligence fusion center”, a term that the FBI and other law enforcement agencies use for operations focused on surveillance and terrorism.

The documents, mostly from 2015 to 2017, were disclosed as part of an ongoing court battle on the health hazards of the company’s Roundup weedkiller…

“At the American Library Association’s annual conference, the nation’s librarians learned how to circumvent community objections to events like Drag Queen Story Hour and other taxpayer-purchased materials.”